All you need to know about the Spanish NIE number!

We receive a lot of inquiries from consumers who are dealing with dubious companies, such as claims companies, lawyers and notaries.

These companies assure the consumer that they are not charging any fees but at some point they kindly tell them there is money awarded to them which is sitting and waiting for them in a Spanish bank account.

All the consumer needs in order to release this money, is obtaining a Spanish NIE number which is a Tax ID number.

But what is this NIE number and do you indeed need this?

YOU NEED A NIE NUMBER IF:

You are buying a property in Spain

You want to work in Spain

You want to start a business in Spain

You want to set up a Company in Spain

You want to study in Spain

You are purchasing any asset over €3,000

As you can see, the above does NOT include the situation where a timeshare has been sold or when you have been awarded money from a supposed liquidation or court case…

In the event you would ever need an NIE number, this can be applied for in person by travelling to Spain and it is possible to request a NIE Number in Spain by appointing a representative by means of a Power of Attorney (POA) without the need for the applicant to come to Spain.

The Directive 3/12 dated April 13/2012 re-enables the application for NIE through a representative by means of a Power of Attorney expressly stating that it empowers him to apply for the NIE.

This Power of Attorney (POA) needs to be legalised with The Hague Apostille Stamp. This service is offered by most notaries directly in the UK.

With the above information we want to clarify that all these companies who are cold calling you and claim to be upfront and honest, and “only informing” you about the need to get an NIE number because you are missing out on a large sum of money …well they are lying.

They are lying because your situation is not mentioned in the list of when you need an NIE number and they never ask for the POA, which means that in Spain they would not have any authorization at all to handle anything on your behalf. So how logical does this sound when it concerns companies that claim to be legal advisers, etc.? Would they not know what is involved in this process?

If you have been speaking to a company that claims they can get you money from a reclaim or court case, and all you need is a NIE number…then please do let us know.

You can email us at custimercare@mindtimeshare.com or place a comment on this blog 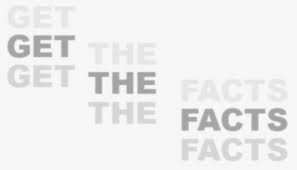 Mindtimeshare SLU is registered Company reg number: B35957182 Mindtimeshare provides assistance to timeshare owners who have been defrauded by holiday clubs and bogus resale companies. The Mindtimeshare project was launched in February 2011. After dealing with timeshare members over several years who had been defrauded by numerous bogus companies and for large amounts of money, I considered launching an Organisation to help timeshare owners that have been targeted by bogus companies. On this blog you can find information about the different active scam companies and their “modus operandi” and also place comments, ask questions and see comments from other consumers who have the same doubts or have been through the same experience. Mindtimeshare has resulted in a huge success and has received the back up from not only timeshare consumers but also from the professionals in the timeshare Industry. Mindtimeshare helps timeshare owners who have been scammed by bogus Discount Holiday Clubs; bogus cash back companies; fraudulent timeshare resale companies; bogus class action companies and false lawyers and notaries. We offer professional answers and advice to Timeshare users. If you want to send an email instead of posting a comment on the blog please do so by emailing: customercare@mindtimeshare.com
View all posts by mindtimeshare →
This entry was posted in Tips & Advice, Warnings and tagged Claims Companies, Fake Lawyers, Liquidators, NIE, NIE Number, POA, Spanish TAX ID, Timeshare court cases. Bookmark the permalink.

2 Responses to All you need to know about the Spanish NIE number!