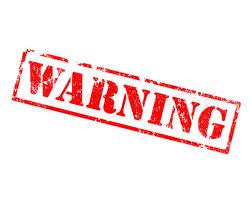 A very insisting cold caller has been spotted by the name of International Accounts Ltd.

This company is cold calling Timeshare consumers who have been defrauded previously by a holiday club or bogus resale etc.

International Accounts Ltd seems to know everything about this! That is not really a good sign added up to the cold call.

There are not many details on the company and we have serious doubts that indeed the people calling from this company are really working for International Account Ltd.

The consumer can actually recover the money from this bank, and International Accounts will help to do this. To start the consumer has to “register” with Western Union by phone to the number 0203 6089112

This is NOT Western Union! And forms part of the setup of International Accounts. The consumer receives a supposed registration number and with this he can then send the fees necessary to release the money in China.

Once the payment is done, a courier will be send to the home of the consumer to deliver the cheque with the money that is due from the accounts in China…

Please note that no cheque has arrived to any home of a consumer who unfortunately paid through Western Union!

Neither is there any record of police interventions and money blocked in accounts worldwide that is released to consumers.

So if you are contacted by International Accounts from 08438869167 or any other company with a similar  story, be aware that this is NOT TRUE!

If they have called you already, then please let us know! You can email us at customercare@mindtimeshare.com or place a comment on the blog

Mindtimeshare SLU is registered Company reg number: B35957182 Mindtimeshare provides assistance to timeshare owners who have been defrauded by holiday clubs and bogus resale companies. The Mindtimeshare project was launched in February 2011. After dealing with timeshare members over several years who had been defrauded by numerous bogus companies and for large amounts of money, I considered launching an Organisation to help timeshare owners that have been targeted by bogus companies. On this blog you can find information about the different active scam companies and their “modus operandi” and also place comments, ask questions and see comments from other consumers who have the same doubts or have been through the same experience. Mindtimeshare has resulted in a huge success and has received the back up from not only timeshare consumers but also from the professionals in the timeshare Industry. Mindtimeshare helps timeshare owners who have been scammed by bogus Discount Holiday Clubs; bogus cash back companies; fraudulent timeshare resale companies; bogus class action companies and false lawyers and notaries. We offer professional answers and advice to Timeshare users. If you want to send an email instead of posting a comment on the blog please do so by emailing: customercare@mindtimeshare.com
View all posts by mindtimeshare →
This entry was posted in Legal Services, Mediation services, Warnings and tagged Beijing, Bogus company, Bogus resale companies, China, Hong Kong, International Account Ltd, International Accounts, International Accounts Ltd, Police action against timeshare, Timeshare claims, Timeshare companies closed down, Western Union. Bookmark the permalink.