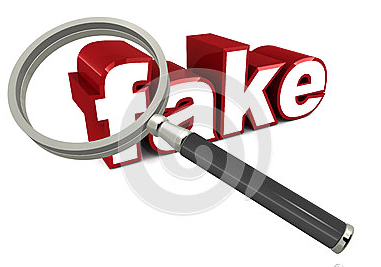 A new fake notary has been brought to our attention by a French Timeshare Owner. This notary office is working under the name of Luis Ribera Suarez.

The Oficina Notarial Luis Ribera Suarez is cold calling mainly French timeshare consumers who have had dealings with dubious resale companies in the past.

The agent from Luis Ribera Suarez breaks the good news that all of the sudden the timeshare membership has been sold and money is waiting in the bank to be transferred to the owner.

And all this without the owner knowing!

But when the money sounds good, one does not want to ask too many questions.

The problem is though that as the membership has been sold, the Timeshare owner now seems to be liable for a Spanish Tax payment IVA over the amount he will receive from the buyer.

The notary office Luis Ribera Suarez is taking care of all the paperwork and obviously needs the tax payment prior to releasing the money.

For this payment they kindly send the timeshare owner a document with all the amounts to be received and paid and the bank account details for the tax payment. A bank account that does not seem to have anything to do with the Spanish Government and is actually based in Bulgaria!

The details of Luis Ribera Suarez are as follows:

We can confirm that there is no such company or notary in Spain by the name of Luis Ribera Suarez and neither is there a notary based on mentioned address.

We do NOT recommend having any dealings with this fake notary office and certainly want to insist that you should not send any money or paperwork with personal details to this company.

Mindtimeshare SLU is registered Company reg number: B35957182 Mindtimeshare provides assistance to timeshare owners who have been defrauded by holiday clubs and bogus resale companies. The Mindtimeshare project was launched in February 2011. After dealing with timeshare members over several years who had been defrauded by numerous bogus companies and for large amounts of money, I considered launching an Organisation to help timeshare owners that have been targeted by bogus companies. On this blog you can find information about the different active scam companies and their “modus operandi” and also place comments, ask questions and see comments from other consumers who have the same doubts or have been through the same experience. Mindtimeshare has resulted in a huge success and has received the back up from not only timeshare consumers but also from the professionals in the timeshare Industry. Mindtimeshare helps timeshare owners who have been scammed by bogus Discount Holiday Clubs; bogus cash back companies; fraudulent timeshare resale companies; bogus class action companies and false lawyers and notaries. We offer professional answers and advice to Timeshare users. If you want to send an email instead of posting a comment on the blog please do so by emailing: customercare@mindtimeshare.com
View all posts by mindtimeshare →
This entry was posted in Legal Services, Mediation services, Warnings and tagged bulgaria, Cold call, Fake notary Montana, IVA Payment, Luis Ribera Suarez, Luis Robera Suarez, Madrid, Notary office, Oficina Notarial Luis Ribera-Suarez, Spain, Timeshare Resale. Bookmark the permalink.