Watch out for the cold call of Poveda Lawyers from Tenerife 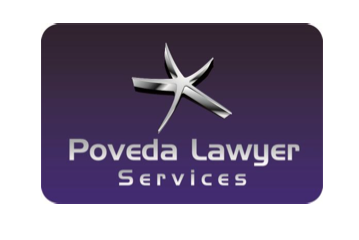 Poveda Lawyers from Tenerife have started, as it seems a cold call campaign recently to Timeshare Owners who have been duped in the past.

Not only hold Poveda Lawyers the contact details of the Timeshare Owners, they also know exactly who had defrauded them and how much. Information that is not really available just to anyone or could be shared without the permission of the actual fraud victim.

Poveda Lawyers claim there is an upcoming court case in the Arona Court house in Tenerife against the company that defrauded the timeshare owner, and he can join a group of affected by the same in this court case.

Not only can they recover the money paid to the fraudsters but also compensation. All this they will do on a no win no fee basis, so nothing to lose for the Timeshare owner.

Once the Timeshare owner shows interest, Poveda Lawyers will get back by email with different kind of documents. The first one with all kinds of “credibility” information about who they are, where they are and how long they have been established, etc. Through research we have found though that the names mentioned on this document of the lawyers, including Mr Javier Sanchez Poveda, are not known to be lawyers in Tenerife and neither do the Company Registration codes coincide with a registered company.

This is where the “real” story begins and all kinds of charges will follow, to be paid by bank transfer and in the names of individuals who are classed as “notaries”.

Please note that there is no such thing as an upcoming court case in the Arona courts, and neither is there a company called Poveda Lawyers handling your case without you even knowing of their existence!

Contact details for Poveda Lawyers are telephone 0034 922986777 and email poveda.lawyers@consultant.com

They also have a website www.povedalawyers.es which they claim was set up in 1989 but in reality was only registered in February 2015.

This website lacks of all company details, privacy statement and other legal information which is the least you could expect for a website of a “long established” lawyers company. Neither do they mention their address or other contact details.

Please be extremely careful when you receive a call from Poveda Lawyers from +34 922 986 777 and do not provide them any further personal details or copies of paperwork, as you never know where this will end up.

If you do receive such call, please let us know and write to us by email customercare@mindtimeshare.com or place a comment on this blog

Mindtimeshare SLU is registered Company reg number: B35957182 Mindtimeshare provides assistance to timeshare owners who have been defrauded by holiday clubs and bogus resale companies. The Mindtimeshare project was launched in February 2011. After dealing with timeshare members over several years who had been defrauded by numerous bogus companies and for large amounts of money, I considered launching an Organisation to help timeshare owners that have been targeted by bogus companies. On this blog you can find information about the different active scam companies and their “modus operandi” and also place comments, ask questions and see comments from other consumers who have the same doubts or have been through the same experience. Mindtimeshare has resulted in a huge success and has received the back up from not only timeshare consumers but also from the professionals in the timeshare Industry. Mindtimeshare helps timeshare owners who have been scammed by bogus Discount Holiday Clubs; bogus cash back companies; fraudulent timeshare resale companies; bogus class action companies and false lawyers and notaries. We offer professional answers and advice to Timeshare users. If you want to send an email instead of posting a comment on the blog please do so by emailing: customercare@mindtimeshare.com
View all posts by mindtimeshare →
This entry was posted in Canary Islands, Legal Services, Mediation services, Tenerife, Warnings and tagged Arona Court, canary islands, Court case, Fake Lawyers, Fake notary, Out of court settlements, Poveda Abogados, Poveda Lawyers, Tenerife, Timeshare claim, Timeshare Fraud, Timeshare scam. Bookmark the permalink.