Careful with the cold calls from LEGALES DE NOTARIA!

Posted on October 2, 2015 by mindtimeshare 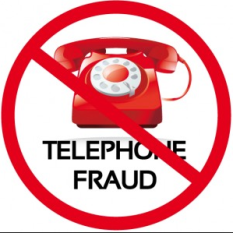 This company who obviously is trying to make people believe they are “legal” and a notary as well, does actually not exist and the name on itself makes no sense either in Spanish.

Sad thing is always that when a new company like this is brought to our attention, there are always those consumers who have already fallen into their trap.

So although we do not dispose of a lot of further information on Legales de Notaria, we wanted to make sure this warning was placed the soonest possible to warn all those who are likely to receive a cold call.

The pitch they have over the phone is similar to the other ones received from the so-called “Hacienda” (Spanish tax) other fake notary offices from Malaga.

A court case has taken place, and you as a victim of a previous scam have been awarded money by the government and court.

To get this money transferred you need to pay the fees, outstanding taxes, obtain a tax number etc.

PLEASE DO NOT PAY THESE PEOPLE!

There are no such notaries in Spain that are appointed to contact people after a court case has taken place, neither are there court cases where people are awarded money!

If Legales de Notaria from Malaga has contacted you, then please let us know.

You can email us at customercare@mindtimeshare.com or place a comment on this blog.

Mindtimeshare SLU is registered Company reg number: B35957182 Mindtimeshare provides assistance to timeshare owners who have been defrauded by holiday clubs and bogus resale companies. The Mindtimeshare project was launched in February 2011. After dealing with timeshare members over several years who had been defrauded by numerous bogus companies and for large amounts of money, I considered launching an Organisation to help timeshare owners that have been targeted by bogus companies. On this blog you can find information about the different active scam companies and their “modus operandi” and also place comments, ask questions and see comments from other consumers who have the same doubts or have been through the same experience. Mindtimeshare has resulted in a huge success and has received the back up from not only timeshare consumers but also from the professionals in the timeshare Industry. Mindtimeshare helps timeshare owners who have been scammed by bogus Discount Holiday Clubs; bogus cash back companies; fraudulent timeshare resale companies; bogus class action companies and false lawyers and notaries. We offer professional answers and advice to Timeshare users. If you want to send an email instead of posting a comment on the blog please do so by emailing: customercare@mindtimeshare.com
View all posts by mindtimeshare →
This entry was posted in Costa del Sol, Legal Services, Mediation services, Warnings and tagged Cold Calls, Court case, fake hacienda, Fake Legal Advisers, Fake notary, fraud, legales de notaria, Malaga, Scam, timeshare. Bookmark the permalink.