Tenco Management paying out compensation claims through the Bank of Spain.

Posted on September 22, 2016 by mindtimeshare 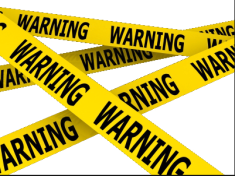 The company Tenco Management has been cold calling actively over the past weeks, with a lot of information by phone but really not much by email or any other ways.

The agent from Tenco Management explains that they are compiling files to go to the courts to recover funds for consumers who have been duped by fraudulent companies in the past.  As Tenco Management explains, there was a raid on the Costa del Sol over a year ago and now the courts have ruled that all victims have to be paid back their money and a large compensation as well.

Amounts around £25.000 are mentioned for each victim!

Those consumers who show their doubts about such compensation pay out and the actual company Tenco Management are told they can telephone the Holiday Timeshare Watchdog on 0203 813 9694 to learn of Tenco’s credentials.

Of course there is a catch in all this, and son it becomes clear that the money awarded to the victims is not paid out just like that.

The agent kindly explains there are four different options to receive the compensation including flying out to Spain, engaging a Spanish solicitor, working through an English solicitor or using the services of Tenco.

Inevitably at that point significant funds are required (some up-front) to get the recovery process started with the Bank of Spain, which apparently holds the monies recovered from the scammers.

Please note that there is no such thing as a company paying out compensations through the bank of Spain, and certainly the courts or the bank does not appoint Tenco Management.

There have been no compensations awards in Spain and if ever you would be identified as a victim of a fraud, the police and the judge would contact you PRIOR to the court case so you could testify against the criminals, not months after to “receive awarded money”.

Neither is there a company or office called the Holiday Timeshare Watchdog!

As mentioned, Tenco Management does a lot of calls but they don’t really send any emails, and try to get it all sorted over the phone.

Their email address is tencomanagementinfo@gmail.com and at some point they did mention an address in Malaga over the phone, which would be Calle Corrigidor Jeronimo Valenzuela 3, Malaga, 29640

If you received a telephone call from Tenco Management or the Holiday Timeshare Watchdog we would like to hear from you.

Mindtimeshare SLU is registered Company reg number: B35957182 Mindtimeshare provides assistance to timeshare owners who have been defrauded by holiday clubs and bogus resale companies. The Mindtimeshare project was launched in February 2011. After dealing with timeshare members over several years who had been defrauded by numerous bogus companies and for large amounts of money, I considered launching an Organisation to help timeshare owners that have been targeted by bogus companies. On this blog you can find information about the different active scam companies and their “modus operandi” and also place comments, ask questions and see comments from other consumers who have the same doubts or have been through the same experience. Mindtimeshare has resulted in a huge success and has received the back up from not only timeshare consumers but also from the professionals in the timeshare Industry. Mindtimeshare helps timeshare owners who have been scammed by bogus Discount Holiday Clubs; bogus cash back companies; fraudulent timeshare resale companies; bogus class action companies and false lawyers and notaries. We offer professional answers and advice to Timeshare users. If you want to send an email instead of posting a comment on the blog please do so by emailing: customercare@mindtimeshare.com
View all posts by mindtimeshare →
This entry was posted in Costa del Sol, Legal Services, Mediation services, Warnings and tagged Awarded compensation, Bogus claims, Cold call, Costa del Sol, fraud, Holiday Timeshare Watchdog, Malaga, Police raid, Tenco Management, Timeshare scam. Bookmark the permalink.

4 Responses to Tenco Management paying out compensation claims through the Bank of Spain.