Careful with the (fake) Letter from “Justicia de Malaga”

Posted on March 8, 2017 by mindtimeshare 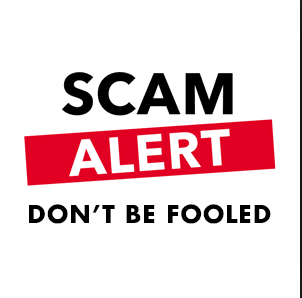 It has been brought to our attention that several timeshare consumers have received this week a letter in the post from Justicia de Malaga.

The letter which is headed as “Gobierno de España” (Spanish government) pretends to be from a courthouse in Malaga, supposedly contacting all victims from a range of bogus resale companies.

The letter is signed by Juan Morales

In the letter they refer to a police raid on the Costa del Sol in February 2015, where over 60 people were arrested and more than a million euros in assets were seized.

Justicia de Malaga states that the assets have now been liquidated and a cheque has been made out for each victim to be paid out. Just like that!

There is no such thing as a department called Justicia de Malaga, or courthouses sending off cheques to UK handling companies to be cashed in.

The letter is not even personalized in the name of the consumer!

Please do not fall into this trap, as obviously there is something very dubious going on!

If you received this letter from Justicia de Malaga as well, please do let us know. And if you already called the number 02081337034 to ask for your cheque, tell us what this is about.

You can email us at customercare@mindtimeshare.com or place a comment on the blog.

Mindtimeshare SLU is registered Company reg number: B35957182 Mindtimeshare provides assistance to timeshare owners who have been defrauded by holiday clubs and bogus resale companies. The Mindtimeshare project was launched in February 2011. After dealing with timeshare members over several years who had been defrauded by numerous bogus companies and for large amounts of money, I considered launching an Organisation to help timeshare owners that have been targeted by bogus companies. On this blog you can find information about the different active scam companies and their “modus operandi” and also place comments, ask questions and see comments from other consumers who have the same doubts or have been through the same experience. Mindtimeshare has resulted in a huge success and has received the back up from not only timeshare consumers but also from the professionals in the timeshare Industry. Mindtimeshare helps timeshare owners who have been scammed by bogus Discount Holiday Clubs; bogus cash back companies; fraudulent timeshare resale companies; bogus class action companies and false lawyers and notaries. We offer professional answers and advice to Timeshare users. If you want to send an email instead of posting a comment on the blog please do so by emailing: customercare@mindtimeshare.com
View all posts by mindtimeshare →
This entry was posted in Bogus resale companies, Costa del Sol, Mediation services, Warnings and tagged Bogus resale companies, Costa del Sol, Fake letter, Gobierno de España, Juan Morales, Justicia de Malaga, Oficina tributaria, Operacion Tormenta, Operation Storm, UK Handling Company. Bookmark the permalink.