Abogados Amable & Garcia and UK Claims don’t touch them with a barge pole! 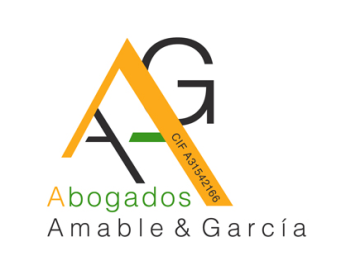 The latest cold caller name that has been brought to our attention is a so-called lawyers office by the name of Abogados Amable & Garcia and a connected company UK Claims.

Very familiar pitch on the cold call, about an upcoming court case in Tenerife, and the possibility for the timeshare owner to join the case. Because coincidentally the case is against the company the consumer dealt with in the past.

They also set up a website www.abogadosamablegarcia.com where the consumer can read about the success story of both lawyers running this company Mr Juan Hernandez Amable and Armando Ignacio Garcia.

Nevertheless in the follow up email the consumer receives after the first exciting cold call, they mention actually a lawyer by the name of Ramon Quemon Cremul.

Abogados Amable & Garcia claim to be offering to join the court case on a no win no fee basis, but soon the consumer finds himself with on-going requests for money, ranging from admin fees, legal fees, procurator fees…you name it, they need money for it!

Research has shown that this company by the name of Abogados Amable & Garcia does not exist and the mentioned company registration numbers in the correspondence are all fake.

Neither are there any lawyers by the name of Juan Hernandez Amable, Armando Ignacio Garcia or Ramon Quemon Cremul.

Once more we have to insist that this is a bogus set up, who is calling with the one sole purpose to get your money and disappear!

If the agent of Abogados Amable Garcia has approached you already please let us know and please DO NOT PAY THEM A PENNY!

You can email us at customercare@mindtimeshare.com or place a comment on the blog

Mindtimeshare SLU is registered Company reg number: B35957182 Mindtimeshare provides assistance to timeshare owners who have been defrauded by holiday clubs and bogus resale companies. The Mindtimeshare project was launched in February 2011. After dealing with timeshare members over several years who had been defrauded by numerous bogus companies and for large amounts of money, I considered launching an Organisation to help timeshare owners that have been targeted by bogus companies. On this blog you can find information about the different active scam companies and their “modus operandi” and also place comments, ask questions and see comments from other consumers who have the same doubts or have been through the same experience. Mindtimeshare has resulted in a huge success and has received the back up from not only timeshare consumers but also from the professionals in the timeshare Industry. Mindtimeshare helps timeshare owners who have been scammed by bogus Discount Holiday Clubs; bogus cash back companies; fraudulent timeshare resale companies; bogus class action companies and false lawyers and notaries. We offer professional answers and advice to Timeshare users. If you want to send an email instead of posting a comment on the blog please do so by emailing: customercare@mindtimeshare.com
View all posts by mindtimeshare →
This entry was posted in Canary Islands, Fake lawyers Tenerife, Fake Lawyers Tenerife, fraud, Legal Services, Mediation services, Tenerife, Warnings and tagged Abogados Amable & Garcia, Amable Garcia, Armando Ignacio Garcia, Arona courts, Bogus Lawyer, Cold Callers, Court Claims, Court claims in Tenerife, Fake court claims, fraud, Juan Hernandez Amable, Ramon Quemon Cremul, Scam, Sta Cruz Court, Tenerife. Bookmark the permalink.

4 Responses to Abogados Amable & Garcia and UK Claims don’t touch them with a barge pole!