Did you receive an email from Timeshare Legals? 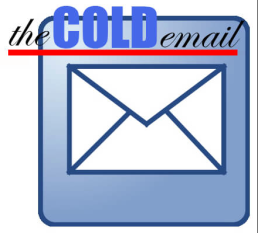 Not a cold caller but still a company who approaches consumers without them asking for the information. Timeshare Legals has done an e-shot to Club la Costa members offering their services.

In the email they present themselves and state:”…We are a UK registered company and use UK Law Panels who specialise in this field.

We are proud to confirm that we have successfully disposed of many Timeshare or Holiday Club Memberships. This has saved our clients thousands of pounds in annual service charges, and the continued burden of perpetuity clauses….”

They continue:”… The process is handled from our legal offices in Manchester. The membership is firstly terminated, and once that process is complete (after approximately three or four weeks) we can start on the reclaim of funds.  This final stage can take up to six months via the banks and the ombudsman under British law.”

All sounds very interesting if it wasn’t for the fact that this company is not really registered as such at the Companies House. As mentioned on their website the company Timeshare Legals is actually a brand name of RJP Asset Management Limited. This company was registered in March this year so very recent, the same as the web registration.

Company activity / nature of business: Agents involved in the sale of a variety of goods

Not really something you would expect from a “legal” company.

There is no mention at all on the website of any genuine legal company being linked to these people and we suspect there isn’t any.

The website www.timesharelegals.co.uk includes “testimonials” from happy customers which seems to be hard to believe taking in mind they have only been around for 3 months.

Further research has shown that the company Timeshare Legals has direct connections with other so called Claims companies who were actively cold calling in the past for supposed claims that never happened either.

Contact number for Timeshare Legals is 01926 355080 and email info@timesharelegals.co.uk

If you received an email from the company Timeshare Legals offering their services for claims and disposals, we would like to hear from you.

You can email us at customercare@mindtimeshare.com or place a comment on this blog.

Mindtimeshare SLU is registered Company reg number: B35957182 Mindtimeshare provides assistance to timeshare owners who have been defrauded by holiday clubs and bogus resale companies. The Mindtimeshare project was launched in February 2011. After dealing with timeshare members over several years who had been defrauded by numerous bogus companies and for large amounts of money, I considered launching an Organisation to help timeshare owners that have been targeted by bogus companies. On this blog you can find information about the different active scam companies and their “modus operandi” and also place comments, ask questions and see comments from other consumers who have the same doubts or have been through the same experience. Mindtimeshare has resulted in a huge success and has received the back up from not only timeshare consumers but also from the professionals in the timeshare Industry. Mindtimeshare helps timeshare owners who have been scammed by bogus Discount Holiday Clubs; bogus cash back companies; fraudulent timeshare resale companies; bogus class action companies and false lawyers and notaries. We offer professional answers and advice to Timeshare users. If you want to send an email instead of posting a comment on the blog please do so by emailing: customercare@mindtimeshare.com
View all posts by mindtimeshare →
This entry was posted in Legal Services, Mediation services, Warnings and tagged Claim for misselling, Disposal, Legal Service, Relinquishment, RJP Asset Management, Timeshare claims, Timeshare disposal, Timeshare Legals, Unsolicited emails. Bookmark the permalink.

16 Responses to Did you receive an email from Timeshare Legals?