Posted on September 8, 2017 by mindtimeshare 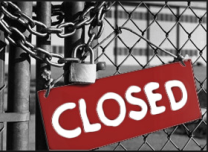 A cold calling company using the name of Bias Claims Services has started their active call campaign in the past week.

This company approaches consumers who have been defrauded in the past, mainly by bogus Timeshare resale companies.

The employee of Bias Claims Services knows everything about this unfortunate fraud, to the extend that they can tell the consumer the exact amount of money paid and to which company.

The employee Jane Davis explains to the consumer that they are on a list of victims provided to her company to contact. According to her the case is going to Court for hearing on the 17th November in Madrid and involves some 500 victims and over £1000.000 in money.

To back up this fantastic story they give the consumer links to the articles about the police raid son the Costa del Sol this summer (http://wp.me/p1kmoi-23U),

Good news is that the Spanish Government are paying all their costs in the matter but the consumer would need legal representation at the hearing and Bias claims Services can offer this, against a payment of course!

First of all, there is no such company registered at the Spanish Companies House by the name of Bias Claims Services.

There is no such company doing any group claim against a large group of companies, and certainly the Spanish government is not involved in such claim and paying for the costs…

Obviously if the company does not exist, neither are there any lawyers / solicitors doing any claims!

If a consumer is identified, as a possible victim of a fraud by the police, the consumer would be contacted by the court directly through an official communication in Spanish, duly translated by a sworn translator and by recorded delivery post.

The victim is notified of the possibility to claim against the company / people who defrauded them and is asked by the court to notify if they have intention to do so and appoint a legal representative.

If you have been approached by Bias Claims Services from 0034 951203873 please let us know through our Contact form or by placing a comment on this blog.

Mindtimeshare SLU is registered Company reg number: B35957182 Mindtimeshare provides assistance to timeshare owners who have been defrauded by holiday clubs and bogus resale companies. The Mindtimeshare project was launched in February 2011. After dealing with timeshare members over several years who had been defrauded by numerous bogus companies and for large amounts of money, I considered launching an Organisation to help timeshare owners that have been targeted by bogus companies. On this blog you can find information about the different active scam companies and their “modus operandi” and also place comments, ask questions and see comments from other consumers who have the same doubts or have been through the same experience. Mindtimeshare has resulted in a huge success and has received the back up from not only timeshare consumers but also from the professionals in the timeshare Industry. Mindtimeshare helps timeshare owners who have been scammed by bogus Discount Holiday Clubs; bogus cash back companies; fraudulent timeshare resale companies; bogus class action companies and false lawyers and notaries. We offer professional answers and advice to Timeshare users. If you want to send an email instead of posting a comment on the blog please do so by emailing: customercare@mindtimeshare.com
View all posts by mindtimeshare →
This entry was posted in Bogus resale companies, Costa del Sol, fraud, Legal Services, Mediation services, Warnings and tagged Bias Claims Services, cold caller, Fake Legal Claims, Malaga, Mijas, Police raid, Spanish Government. Bookmark the permalink.