Beware of the cold calls from a company Abastar Concursales (fake) about your Cashback Certificate.

Posted on September 26, 2017 by mindtimeshare 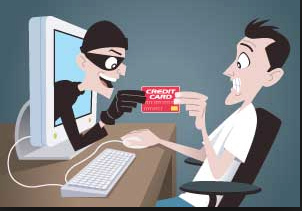 Abastar Concursales (fake) seems to be approaching consumers who are holding a Cashback Europe Certificate.

Although the consumer claimed the money from the certificate and didn’t receive anything, Abastar Concursales as the liquidators of Cashback Europe state they can now claim again.

The consumers, as creditors of Cash Back Europe, just need to fill in some claim forms and select if they want to be paid out by bank transfer or cheque.

Once they submit the forms, Abastar Concursales will process the claim and get the money to the consumer.

But after some days the consumer receives a letter from Abastar Concursales stating the bank are querying payment as it is over 1,300 euros.It turns out that the consumer needs to pay Spanish tax and is offered 3 different options to do so.

Of course the options of travelling to Spain, queuing up at a Tax Office for hours, or appointing a lawyer who needs to get it all translated and will ask for silly money…are not really the options one would look for.

So the offer from Abastar Concursales to fill out the necessary forms and appoint a fiscal who will sent a tax bill to pay tax office direct, sounds like the best choice.

Don’t you think so?

The consumer is sent all kinds of documentation with their names and numbers, and a name of the supposed fiscal, a Mrs. Elizabeth May Helme who declares to be the legal representative of the consumer.

Although it all looks very official, we can assure you that the forms are downloaded copies of the Internet, filled in without making any sense!

The consumer is asked for around 3000 euros of “tax”, to be transferred into a bank account without an account holder’s name.

Please be careful with cold callers. We cannot stress enough that you do NOT know who is on the other end of the line.

So refrain from providing them any further information about you, do not fill in any forms with personal details, and do NOT pay any money!

If you already received a call or letter from Abastar Concursales (fake) about claiming your money from the Cashback certificate, please give us your feedback.

Mindtimeshare SLU is registered Company reg number: B35957182 Mindtimeshare provides assistance to timeshare owners who have been defrauded by holiday clubs and bogus resale companies. The Mindtimeshare project was launched in February 2011. After dealing with timeshare members over several years who had been defrauded by numerous bogus companies and for large amounts of money, I considered launching an Organisation to help timeshare owners that have been targeted by bogus companies. On this blog you can find information about the different active scam companies and their “modus operandi” and also place comments, ask questions and see comments from other consumers who have the same doubts or have been through the same experience. Mindtimeshare has resulted in a huge success and has received the back up from not only timeshare consumers but also from the professionals in the timeshare Industry. Mindtimeshare helps timeshare owners who have been scammed by bogus Discount Holiday Clubs; bogus cash back companies; fraudulent timeshare resale companies; bogus class action companies and false lawyers and notaries. We offer professional answers and advice to Timeshare users. If you want to send an email instead of posting a comment on the blog please do so by emailing: customercare@mindtimeshare.com
View all posts by mindtimeshare →
This entry was posted in Costa del Sol, Legal Services, Mediation services, Warnings and tagged Abastar Concursales, Cashback Europe, Claim, Fake liquidator, Sevilla, Spanish non resident tax, Tax forms, Tax payment. Bookmark the permalink.