Are Graham & Stones from Leeds sending you a cheque?

Posted on November 28, 2017 by mindtimeshare 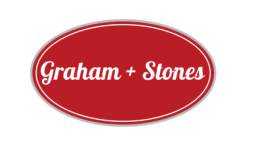 Some cold callers just don’t make sense when they explain what their call is about.

We now have this company calling themselves Graham + Stones and they pretend to be based in Leeds.

The address provided is from a Business centre based at 97 The Headrow, 1st Floor, Leeds, LS1 5JW

But we cannot find any company by the name of Graham Stones there.

Graham + Stones cold call Timeshare consumers from the number 01134931253 and explain they are holding a cheque with money, awarded through the Spanish / Portuguese courts to the consumer.

Strange the consumer had no idea about any court claim, but he, Graham Stones wants to send £12,000 so why complain?

Graham + Stones follows the call up with a confirmation email. This email is send from the email address grahamstones@europe.com

The confirmation states the following:

“1) All monies owed will be released in full to you by Personal Cheque.

3)Once all paperwork has been signed and returned to us, the surety will be released back to you in full.

We would also like to extend our company and fiscal guarantee to you which we hold with the Bank of Spain and the Portuguese Chamber of Commerce. This means that all business is backed and covered with these two fiscal entities, as well as ourselves.

As a courtesy to you the client we will also inform you, that within 1 calendar month of finalised business your details will be legally struck from any timeshare related data bases we have access to.”

How’s that for a great service? You get money awarded without even asking for it, and then in the same go you are released from any further cold calls in the future as your data will be deleted…just like that!

There are no court cases in Spain or Portugal where you are included without even knowing this!

Mindtimeshare SLU is registered Company reg number: B35957182 Mindtimeshare provides assistance to timeshare owners who have been defrauded by holiday clubs and bogus resale companies. The Mindtimeshare project was launched in February 2011. After dealing with timeshare members over several years who had been defrauded by numerous bogus companies and for large amounts of money, I considered launching an Organisation to help timeshare owners that have been targeted by bogus companies. On this blog you can find information about the different active scam companies and their “modus operandi” and also place comments, ask questions and see comments from other consumers who have the same doubts or have been through the same experience. Mindtimeshare has resulted in a huge success and has received the back up from not only timeshare consumers but also from the professionals in the timeshare Industry. Mindtimeshare helps timeshare owners who have been scammed by bogus Discount Holiday Clubs; bogus cash back companies; fraudulent timeshare resale companies; bogus class action companies and false lawyers and notaries. We offer professional answers and advice to Timeshare users. If you want to send an email instead of posting a comment on the blog please do so by emailing: customercare@mindtimeshare.com
View all posts by mindtimeshare →
This entry was posted in Legal Services, Mediation services, Warnings and tagged awarded money, Awarded money to timeshare owners, Bank of Spain, Cold Calls, Court Claims, Fraudsters, Graham Jones, Leeds, Portuguese Chamber of Commerce, Scam. Bookmark the permalink.

3 Responses to Are Graham & Stones from Leeds sending you a cheque?