To claim or not to claim…Chapter 2, the meeting with the legal adviser 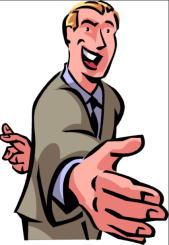 When a consumer is looking to do a claim against his resort, it is obviously not a bad thing that the possibilities of a claim are discussed with the legal adviser first.

But having to attend a meeting abroad or in hotels / conference rooms hundreds of miles away from your home, is that really necessary?

If we place serious doubts with the fact that the person inviting you to such meeting has any qualification whatsoever to make statements about your possibilities to claim, we also have our doubts with the actual person you are meeting up with at the appointed event.

The main catch is often the assurance all claims are on a “No win No fee” basis.

Even in the follow up emails the consumers receive after the initial call, this is again reiterated. What isn’t that clear is the fact that at these meetings the consumer is offered “additional (relinquishment) services” which do have a price tag.

You would think that is additional service is optional, you can choose between taking this service up or not…but no, that is actually not the case most of the times.

Although the main pitch at the meeting is the court claim, the relinquishment of the timeshare is added on the story, as something the consumer will have to do before going to court.

Consumers can spend hours sitting through these meeting, listening to the “successful” claims stories of other consumers. Often the agent is running forwards and backwards to “check” with the legal team if the consumer has the grounds for a good claim, and the horror stories of those who didn’t relinquish before setting the claim in motion and were harassed by the resort for fees ever after…

We actually never ever heard of a consumer attending the meeting and being send home because the legal team came to the conclusion there was no claim.

What always comes out from the description of the consumers of these meetings is that the person they spent most time with, did not have any legal qualification to asses if a claim could be done and most of the time was actually used on explaining the need to cancel the membership.

Sad enough many consumers end up signing the agreements at the end of the meeting and committing themselves to payments as high as 10.000 pounds for these services.

Going through the paperwork, often there is actually only a real commitment to cancel the membership and the possibility of a claim is mentioned as an option, something the “legal team” will look at and will decide about at a later stage.

So from an invitation for a meeting about a guaranteed claim, to a journey abroad or hundreds miles away from home to meet up with a “legal” adviser, listening for hours to all the great stories of how much money you will get back…the consumer actually ends up paying thousands of pounds for a relinquishment service that sometimes could have been done for free with the resort and no claim at all.

Attending meetings like this can be tricky, but obviously everybody is free to decide if they want to go or not.

Just make sure that when you go, you have a clear mind about what you are going to do with the offer made.

First of all, don’t commit to anything on the day. Don’t sign anything and don’t pay anything. Ask for copies of the paperwork to take home and go through them in your own time and space.

Make notes of everything that is explained at the meeting.

Compare your notes to what is actually stated in the agreement you would sign with the company.

Get all the names clear! Who invited you? Who was waiting for you at the meeting? And who is underwriting the agreement?

If a payment is taken, does the same company as the one mentioned in the agreement make the charge?

Is there an itemised invoice with company details, VAT number and breakdown of the costs?

Do you have any questions or want to share your experience with us?CONTACT US

For more information go to our page about Claims and see if your purchase agreement indeed would qualify for a claim.  The link is https://wp.me/P1kmoi-3p2

Mindtimeshare SLU is registered Company reg number: B35957182 Mindtimeshare provides assistance to timeshare owners who have been defrauded by holiday clubs and bogus resale companies. The Mindtimeshare project was launched in February 2011. After dealing with timeshare members over several years who had been defrauded by numerous bogus companies and for large amounts of money, I considered launching an Organisation to help timeshare owners that have been targeted by bogus companies. On this blog you can find information about the different active scam companies and their “modus operandi” and also place comments, ask questions and see comments from other consumers who have the same doubts or have been through the same experience. Mindtimeshare has resulted in a huge success and has received the back up from not only timeshare consumers but also from the professionals in the timeshare Industry. Mindtimeshare helps timeshare owners who have been scammed by bogus Discount Holiday Clubs; bogus cash back companies; fraudulent timeshare resale companies; bogus class action companies and false lawyers and notaries. We offer professional answers and advice to Timeshare users. If you want to send an email instead of posting a comment on the blog please do so by emailing: customercare@mindtimeshare.com
View all posts by mindtimeshare →
This entry was posted in Canary Islands, Costa del Sol, Legal Services, Mediation services, Tenerife, Warnings and tagged Claims against resorts, Claims meeting, Cold Callers, Compensation Claim, Legal Adviser, Legal adviser Timeshare claim, No Win no Fee Claim, Spanish notary, Spanish Timeshare Solicitors, Supreme Court, Timeshare Solicitors. Bookmark the permalink.

1 Response to To claim or not to claim…Chapter 2, the meeting with the legal adviser