Last chapter: Stafford Crown Court sentence, who is who?

Posted on March 9, 2018 by mindtimeshare 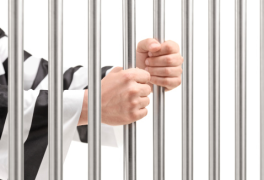 Last chapter on the Stafford Crown Court sentence and the gang of nine British fraudsters who conned sick and elderly victims out of almost €1 million in a timeshare resale scam.

At least 470 people were targeted by the group in what has been described as a “cynical three part scam,” according to reports.

According to a police statement, the gang raked in more than €986,000 between 2012 and 2015, setting up a string of bogus companies and bank accounts in the UK.

In the previous chapters we explained who the main responsible were, and which companies they had in their names.

The other people involved in the sentence are:

Matthew Barker, 25, from Bromsgrove: Charged with fraudulent trading. Sentenced to one year and one month in prison, suspended for one year and six months, and 250 hours of unpaid work.

Steven Cross, 37, from Worcester: Charged with conspiracy to defraud. Sentenced to six months in prison.

Dawn Gingell, 55, from Hampshire: Charged with conspiracy to defraud. Sentenced to three years and six months in prison.

Brendan Hicks, 28, from Redditch: Charged with fraudulent trading. Sentenced to one year and one month in prison, suspended for one year and six months, and 250 hours of unpaid work.

Alan Sharp, 66, from Norwich: Charged with money laundering. Sentenced to eight months in prison, suspended for a year, and 200 hours of unpaid work.

We certainly would like to congratulate the police with their investigations, which have resulted in this court sentence and justice being done.

It is a shame though that Mindtimeshare was not asked to declare in the court case, as we hold so much information on this set up and all connected companies.

We do hope that the investigations will continue over the other years where obviously these same people have been involved in other dubious companies, leaving many duped consumers behind after paying thousands of pounds for un-existing services.

Sentences like this show again that reporting fraud to the police does pay off, and does have an affect on the activities of fraudulent companies and individuals.

If you have been defrauded or they have tried to defraud you, please let the police know!

Don’t ask why the police aren’t doing anything, because if nobody reports the frauds the police are not aware of the extent of the same.

If you have any question or query about the above, or want to talk to us about a fraud you suffered, please let us know through the CONTACT US form or simply place a comment on our blog.

Mindtimeshare SLU is registered Company reg number: B35957182 Mindtimeshare provides assistance to timeshare owners who have been defrauded by holiday clubs and bogus resale companies. The Mindtimeshare project was launched in February 2011. After dealing with timeshare members over several years who had been defrauded by numerous bogus companies and for large amounts of money, I considered launching an Organisation to help timeshare owners that have been targeted by bogus companies. On this blog you can find information about the different active scam companies and their “modus operandi” and also place comments, ask questions and see comments from other consumers who have the same doubts or have been through the same experience. Mindtimeshare has resulted in a huge success and has received the back up from not only timeshare consumers but also from the professionals in the timeshare Industry. Mindtimeshare helps timeshare owners who have been scammed by bogus Discount Holiday Clubs; bogus cash back companies; fraudulent timeshare resale companies; bogus class action companies and false lawyers and notaries. We offer professional answers and advice to Timeshare users. If you want to send an email instead of posting a comment on the blog please do so by emailing: customercare@mindtimeshare.com
View all posts by mindtimeshare →
This entry was posted in Bogus resale companies, Costa del Sol, Legal Services, Mediation services, Warnings and tagged Alan Sharp, Bogus court case, Bogus notaries, Bogus resale companies, Brendan Hicks, Court sentence, Dawn Gingell, fraud, Jail sentence, Matthew Barker, resale scam, Scam, Stafford Crown Court, Steven Cross, Timeshare resale scam. Bookmark the permalink.

1 Response to Last chapter: Stafford Crown Court sentence, who is who?