Timesharestop, Gone with the Wind

Posted on January 4, 2021 by mindtimeshare 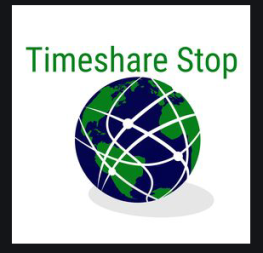 One of the companies that suddenly seem to have disappeared in 2020 is Timesharestop.

Maybe outdated news, but when we reopened our inboxes last month after a year of inactivity, we noticed an awful lot of complaints about the closure and disappearance of Timesharestop at the beginning of 2020.

So it was decided that we still wanted to write a blog warning about this.

For years, Timesharestop was the company that approached mainly Dutch-speaking Timeshare consumers with offers to cancel their timeshare membership and promised a possible recovery of the money paid to the resort.

The company was owned by Rob de V. and Ewald ter H., and they were proud of the fact that they certainly did not do “cold call” and that everything was more than fine.

The fact that they asked quite large amounts for a cancellation of a membership, which in many cases could simply be handled for free, was of course a worrying “red flag”.

Timesharestop even appeared on Dutch TV and advertised in the Transavia magazine and many consumers thought that was proof that everything had to be in order.

It turns out in this case that TV programs and advertisements in well-known magazines is more a matter of spending money than a guarantee of a reliable company.

Timesharestop is now completely closed, the offices are empty, bills have been left unpaid and the managers are difficult (impossible) to contact.

As far as we know, there are dozens of victims who have paid thousands of euros to this company for their service and received nothing.

Many timeshare memberships have not been canceled, so the consumer is still responsible for the maintenance costs and lawsuits against the resorts have not been filed at all.

The Dutch TV program TROS OPGELICHT has made a broadcast about Timesharestop that was broadcast in April 2020.

You can watch the program at the following link:

The Timesharestop website, which remained active for some time, was closed after the broadcast.

In the meantime, an action group of the victims of this company has taken over the domain name https://www.timesharestop.be/

You can find useful information on this web if you are also duped by Timesharestop.

If you are also a victim of Timesharestop, please let us know.

If you have already emailed us in the past year, you will certainly receive an answer from us during the week.

Mindtimeshare SLU is registered Company reg number: B35957182 Mindtimeshare provides assistance to timeshare owners who have been defrauded by holiday clubs and bogus resale companies. The Mindtimeshare project was launched in February 2011. After dealing with timeshare members over several years who had been defrauded by numerous bogus companies and for large amounts of money, I considered launching an Organisation to help timeshare owners that have been targeted by bogus companies. On this blog you can find information about the different active scam companies and their “modus operandi” and also place comments, ask questions and see comments from other consumers who have the same doubts or have been through the same experience. Mindtimeshare has resulted in a huge success and has received the back up from not only timeshare consumers but also from the professionals in the timeshare Industry. Mindtimeshare helps timeshare owners who have been scammed by bogus Discount Holiday Clubs; bogus cash back companies; fraudulent timeshare resale companies; bogus class action companies and false lawyers and notaries. We offer professional answers and advice to Timeshare users. If you want to send an email instead of posting a comment on the blog please do so by emailing: customercare@mindtimeshare.com
View all posts by mindtimeshare →
This entry was posted in Canary Islands, Companies closed down, Costa del Sol, fraud, Legal Services, Mediation services, Tenerife, timeshare, Warnings and tagged Actiongroup, Belgium Timeshare consumers, Dutch timeshare consumers, Fake claims, Fake disposal company, Fake Legal Advisers, Gedupeerden van Timesharestop, Inmo cLAIM, Lessage Lambinus, Timesharestop, transavia Magazine, TROS Opgelicht, Victims of Timesharestop. Bookmark the permalink.