Couple jailed in the UK over scam with fake court claims! 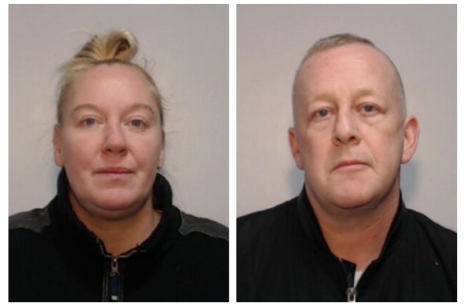 It is not every day that we read news like this, although we certainly would like to see this more often!

This week the press made notice of a Stockport couple who defrauded the elderly and vulnerable out of more than £600k in “shocking” scam.

Sean Thompson, 49, and Caroline Preston, 38, duped victims into paying fees for non-existent legal work after wrongly telling them courts in Portugal and Spain had given ‘judgement’ against the notorious Club Class timeshare empire which collapsed in 2012.

They told the victims that the liquidators of the seven businesses collectively known as the ‘Club Class companies‘ were completing the winding up process, and subsequently confirmed investors who paid thousands each would not receive any damages.

Police said Thompson and Preston befriended their victims and even concocted stories about family bereavements before persuading them to transfer money. In total the amount of  £653,674 was defrauded by this couple.

On July 16, Thompson, of Churchill Crescent, Reddish was sentenced at Manchester Minshull Street Crown Court to six years and six months after pleading guilty to fraud and money laundering.

Preston 39, also of Churchill Crescent, Reddish, was sentenced to three years after pleading guilty at an earlier hearing to fraud and money laundering.

If you are approached by telephone, email or any type of communication, from companies or people claiming they can get you a refund, cancel your membership or make you part of a court claim, please DO NOT PAY them any money and let us know!

Mindtimeshare SLU is registered Company reg number: B35957182 Mindtimeshare provides assistance to timeshare owners who have been defrauded by holiday clubs and bogus resale companies. The Mindtimeshare project was launched in February 2011. After dealing with timeshare members over several years who had been defrauded by numerous bogus companies and for large amounts of money, I considered launching an Organisation to help timeshare owners that have been targeted by bogus companies. On this blog you can find information about the different active scam companies and their “modus operandi” and also place comments, ask questions and see comments from other consumers who have the same doubts or have been through the same experience. Mindtimeshare has resulted in a huge success and has received the back up from not only timeshare consumers but also from the professionals in the timeshare Industry. Mindtimeshare helps timeshare owners who have been scammed by bogus Discount Holiday Clubs; bogus cash back companies; fraudulent timeshare resale companies; bogus class action companies and false lawyers and notaries. We offer professional answers and advice to Timeshare users. If you want to send an email instead of posting a comment on the blog please do so by emailing: customercare@mindtimeshare.com
View all posts by mindtimeshare →
This entry was posted in Club Class Group of Companies, Companies closed down, fraud, Legal Services, Mediation services, timeshare, Warnings and tagged Caroline Preston, Claims against Club Class, Club Class, Elderly, Fake court claims, Fraudsters, Jail sentence, Jailed, Preying on elderly, Recovery fraud, Recovery Room Fraudsters, Sean Thompson, Stockport. Bookmark the permalink.

3 Responses to Couple jailed in the UK over scam with fake court claims!