Posted on September 8, 2021 by mindtimeshare 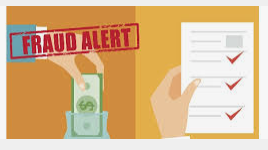 A new cold caller scam has been brought to our attention in the past week.

Consumers are receiving cold calls from supposed bank employees who are trying to transfer money from “abroad” into the UK Bank account of the consumer.

Names used are among others, Steven Ward and Ryan Wilson who call from the number 0203 290 22** and state they work for the Security Bank.

This Security Bank supposedly deals in transactions from abroad.

The bank employees are trying to transfer money but there is paperwork missing.

Of course, the consumer wonders where the money comes from that is going to be paid out, and the Security Bank employee can only see that it is from a Court settlement in Spain, and they mention the names of fraudulent resale companies the consumer paid to many years ago.

To get the paperwork in order the consumer is told he will be contacted by a lady in Spain; Natalie Gomez.

This Natalie Gomez will be able to give a clarification on what is happening exactly as she deals with the court and the (fake) BBVA.

Soon after this initial call the consumer receives an email from the bank in Spain which is send out from the email address: info@oficinademadrid.com

The email explains the following:

“As you know we have been unable to find your Cross Border Litigation Permit, which is the reason for the delay on the payment of your settlement.

We have contacted the notary that the litigation company used for their legal documentation, and they have confirmed that they were never requested to action a Cross Border Litigation Permit for your case file.

The Cross Border Litigation Permit is an essential document as it verifies the final verdict and demonstrates that the legislation between the UK and Spain marries up correctly, and that there are no ambiguously worded sentences, that could be observed as misleading and therefore jeopardize the final outcome of the case. It also allows the case to progress from Criminal to Civil hearing, so the claimant can be officially registered as the beneficiary of the awarded settlement.

We have approached several lawyers that work in conjunction with the court and have had several quotes come back for the Cross Border Litigation Permit the best price being £2400.00

Please be advised this fee will be reimbursed to you from the guilty parties, this will take between 4-6 weeks to process.

The awarded amount of 33,650.00€ will be released within 3-5 working days of the full payment being received by our accounts.

Please find the invoice attached in order for the payment to be made in sterling to the UK associate account.”

Please note that this is a SCAM!!!

There is no such thing as court settlements out of the blue with thousands of pounds awarded to victims of scams that happened over 6 years ago and where companies vanished.

If you are not aware of being part of a claim, we can assure you that you are NOT part of any claim.

Neither is there such thing as a Cross Border Litigation Permit!

If you received a call or email from any of the people mentioned above or the supposed banks they work for, please let us know.

Mindtimeshare SLU is registered Company reg number: B35957182 Mindtimeshare provides assistance to timeshare owners who have been defrauded by holiday clubs and bogus resale companies. The Mindtimeshare project was launched in February 2011. After dealing with timeshare members over several years who had been defrauded by numerous bogus companies and for large amounts of money, I considered launching an Organisation to help timeshare owners that have been targeted by bogus companies. On this blog you can find information about the different active scam companies and their “modus operandi” and also place comments, ask questions and see comments from other consumers who have the same doubts or have been through the same experience. Mindtimeshare has resulted in a huge success and has received the back up from not only timeshare consumers but also from the professionals in the timeshare Industry. Mindtimeshare helps timeshare owners who have been scammed by bogus Discount Holiday Clubs; bogus cash back companies; fraudulent timeshare resale companies; bogus class action companies and false lawyers and notaries. We offer professional answers and advice to Timeshare users. If you want to send an email instead of posting a comment on the blog please do so by emailing: customercare@mindtimeshare.com
View all posts by mindtimeshare →
This entry was posted in fraud, Legal Services, Mediation services, Warnings and tagged Bank of Scotland, BBVA, Court settlement, Cross Border Litigation Permit, Fake bank, Fake bank employee, Fake legal fees, International Office, Money transfer, Natalie Gomez, Natasha C Farquhar, Oficina International, Ryan Wilson, Security Bank, Steven Ward. Bookmark the permalink.