What really happens at the meeting with Island Breaks in Tenerife…!

Posted on November 21, 2017 by mindtimeshare

Below story / description of events is a resume of the emails we received from consumers who have travelled to Tenerife taking up the invitation of Island Breaks.

An invitation to attend a meeting where they will discuss a refund claim, from money paid to other companies in the past.

If you ever wondered why on earth you need to travel the whole way to Tenerife to discuss a claim supposedly done through the Consumer Act, which is a UK Protection law, don’t miss out on the testimonial given below.

“At the beginning of 2017 we were cold called from a woman from Island Breaks claiming that her Company specialised in reclaiming back money spent on miss-sold time-share.

She said that her Company could guarantee to get all my timeshare money back within 60 days from the date of the submission. They worked on a no win no fee basis and only charged 20% on the successful completion of my claim, once the money was in my Bank account.

All we had to do was to accept their invitation of a free week holiday in Tenerife for my wife and myself. They would pay for the accommodation, half board and Airport transfer; I would have to book and pay for our own flights.

Too good to be true I thought what was the catch I asked, “no catch” she assured me all we needed to do was to attend a 3-hour meeting in Tenerife and hand over copies of any documents. Why Tenerife I asked? “Because of the tax laws in the UK” she said if I made the claim in the UK it would be classed as a Capital Gain and we would be charged at least 42% tax.

We specifically enquired would we be asked to pay any monies up front in order to register our claim etc. or be asked to buy any other form of holidays or time-share etc. She assured I wouldn’t and that all we would be required to do would attend a meeting with an Advisor in Tenerife in order for them to process our claim. I asked her to confirm this in writing, which she did via an email see, copy attached. I thought what the hell it’s a free week’s holiday in Tenerife at least so I accepted.

So we travelled to Tenerife and waited for our appointment.

A representative picked us up from the hotel and drove us to what I thought was a remote town. As we were driving he told us a story about his boss, he said he had a timeshare in Spain and was also swindled, he tried to surrender his timeshare and get his money back but couldn’t. Then while on holiday in Spain he met this girl from Poland who just happened to be a lawyer. After being with her for a few days he told her about his time-share, she said that she could get his money back for him. To cut a long story short she did and he was so happy and so angry with the timeshare Company that she and her partner set up a Company in order to help others with similar problems.

The representative took us to a café opposite their offices and ordered us drinks while he had a look at the documents I had brought with me. He then took the documents away to be photo copied and came back with a form, which he filled in and asked us various questions. He went away again and later returned with a woman who was supposed to be the head of claims / Office manager.

She said that she had read our time-share agreement and it had been miss- sold to us and that she would take on our claim.

She went away and the representative then took us to the other side of the road where the offices were situated. There were 5 shops in a row all next to one another and all travel Agents with different names all owned he claimed by the same owner and his girlfriend who had offices in Poland. 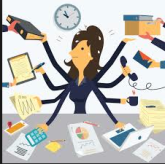 He showed us around and he took us into one office where there were 4 members of staff were sitting at their desks. He introduced us to each one stating that they handled the claims on a commission only basis. There were files all over the place and lots of letters from various banks saying that they accepted the claim and were refunding monies to peoples Bank accounts, which were blanked out. One staff member claimed that the quickest they had completed a claim was within 33 days and they hoped to beat that record. I asked each staff member what was their success rate and each said 100%, each claim they made was successful.

Then we were taken to the office of the representative where he explained that the real business was travel and that their Travel Companies could offer us holidays at a guaranteed discount of 30%. He went onto say that “when not if” they got us our money back wouldn’t we be interested in booking our holidays through them.

Then another representative came into the room and went over the same thing again avoiding any direct questions. He said you have to pay £4,000.00 now by credit card (so you are protected) and further £4,000.00 in a month’s time.

I asked what was the money for he said the first £4,000.00 was to register my claim and the second was to process it, I protested saying we were assured that this wouldn’t cost us anything. He said it doesn’t you will be contacted back in the UK by a person who will arrange for £8,000.00 loan to go back into your Bank. You can then pay off your credit card and the £4,000.00 so you haven’t used any of your own money. By the time the first payment was due you would have your claim money back and you could pay the £8,000.00 back, when I asked who was responsible for the loan he avoided the question.

By this time, we had been at their offices for over 7 and a half hours. Before they agreed to drive us back they wanted us to sign various documents some were to confirm our hotel and refreshments that we had had but 3 documents were for holidays that we didn’t ask for or want. I didn’t have my credit card with me and thought I could get away with not paying but they already had my credit card details on their file from when I booked the flight, which I thought, was illegal anyway.

We had been overwhelmed by it all, felt pressured and intimidated into signing several documents, which were not properly explained to us. We were stranded in what I thought was the middle of nowhere, it was dark, it was gone 7pm and we had been there since 12:30pm. It was like being hijacked taken to an office and forced to hand over your money and Bank details. I felt the easiest way out was to comply with their request go to the police and cancel the payment the next day.

The next morning, I phoned my credit card company to cancel the payment they informed me they couldn’t the payment had already gone through, I then went to the hotel reception and told them that I thought I had been defrauded. I asked for the nearest police station and at that point the office manager phoned me and said she about to pop in to see us at the hotel. We met in reception I told her about our fears. She asked to discuss it in private so we went to our room. I told her of my concerns and she placated some of my fears. I gave her a list of our concerns, which she said she would take back to her boss.

The next day was contacted by the owner of the company who assured me that everything was genuine and above board and asked if he could send a car to pick us up in order to discuss our concerns further. I declined thinking that we had a couple more days to go and we would be flying home and where I would be able to deal with the matter more easily, which I have been trying to do ever since.

We ended up signing and committing to an Accommodation Contract with Planet Sunlight Travel SL for the amount of £4,000.00. The amount is divided in the agreement between the accommodation at £2,500.00 and a so-called Subscription Application for the sum of £1,500.00. Accommodation we didn’t want or need.

We have to pay a further £4,000.00 for Subscription for Exclusive Service, which we never asked for to Travel Home Adventure S.L and an 7 Island Experience S.L. Application Number for the sum of £4,000.00.

None of the agreements or documents relate to a refund claim

We were not informed or explained at all why there were so many different companies and agreements involved.

At the meeting we questioned where does the £8,000.00 come from? But I was told from their bank and further question about who was responsible for the money were avoided.

It wasn’t until the next day when we met with Debbie again and asked her more questions, that she made it clear that we were responsible for the loan and its repayments.

Apart from paying the above, I was told that £8,000.00 was placed in their HSBC Hong Kong Bank over a five-year period where they got interest at the rate of 12.9%. We would be able to draw from it at the rate of £2,000.00 per year in order to pay towards any future holidays we might wish to book with them!

Why and how did we fall for it? Well these people are very convincing and I did think that they were genuine and a part of me still hopes that they are.

Mindtimeshare SLU is registered Company reg number: B35957182 Mindtimeshare provides assistance to timeshare owners who have been defrauded by holiday clubs and bogus resale companies. The Mindtimeshare project was launched in February 2011. After dealing with timeshare members over several years who had been defrauded by numerous bogus companies and for large amounts of money, I considered launching an Organisation to help timeshare owners that have been targeted by bogus companies. On this blog you can find information about the different active scam companies and their “modus operandi” and also place comments, ask questions and see comments from other consumers who have the same doubts or have been through the same experience. Mindtimeshare has resulted in a huge success and has received the back up from not only timeshare consumers but also from the professionals in the timeshare Industry. Mindtimeshare helps timeshare owners who have been scammed by bogus Discount Holiday Clubs; bogus cash back companies; fraudulent timeshare resale companies; bogus class action companies and false lawyers and notaries. We offer professional answers and advice to Timeshare users. If you want to send an email instead of posting a comment on the blog please do so by emailing: customercare@mindtimeshare.com
View all posts by mindtimeshare →
This entry was posted in Bogus Holiday Clubs, Canary Islands, Legal Services, Mediation services, Warnings and tagged 7 Island Experience, Bogus claims companies, cold caller, Exclusive Service, Island Breaks, Planet Sunlight Travel, Polish Travel agent, Slonce Marketing & Merchandising, Slonce Travel, Tenerife, Travel Home Adventure. Bookmark the permalink.

34 Responses to What really happens at the meeting with Island Breaks in Tenerife…!