Posted on February 27, 2018 by mindtimeshare 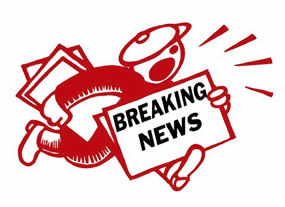 Nine people have been sentenced for their parts in a ‘deliberate and cynical’ campaign of timeshare fraud, following an investigation by Warwickshire Police and West Mercia Police Economic Crime Unit.

The frauds were committed between 2012 and 2015, and often targeted vulnerable people such as the elderly and those in poor health.

In many cases, a three-part scam took place.

In the first part of the scam, victims were cold-called by members of the group and falsely told that prospective buyers had been found for their timeshare properties, most of which are in Spain. Advance ‘sale fees’ were sought by the fraudsters to support the fake transactions. Further attempts to gain yet more money were then made under the pretence that ‘sales had fallen through’ and needed more funding.

In the second part, the fraudsters adopted different names and company names to contact those who had lost money. They then made false offers of further schemes and transactions to help the victims mitigate their losses.

And in the third part, the group contacted victims and pretended to be from the Spanish authorities. They stated that the funds would be returned to the victims’ bank accounts for an up-front fee.

To facilitate the frauds, the group set up more than 10 limited companies (both in the UK and abroad), with offices in the West Midlands, staff, bank accounts, and the means to process card payments.

The total value of the funds fraudulently obtained by the group is more than £875,000, comprising payments from around 470 individuals. All defendants will now face proceedings to recover the funds stolen, under the Proceeds of Crime Act 2002.

Alan Sharp, 66,  from Norwich, and Dawn Gingell, 55, from Hampshire, are two of seven people involved in the scam that targeted and stole £850,000 from mostly elderly and vulnerable people.

The scam began at the Cavell House office blocks in Norwich, by a man called Brian Carr.

Gingell was one of the cold callers responsible for contacting the victims for the sales.

Prosecuting, Andrew Wheeler, said: “This is a very serious and unpleasant fraud on vulnerable elderly victims. “The level of planning to purposefully deceive is clear to see.”

Gingell was sentenced to 43 months imprisonment, whilst Sharp was given an eight-month suspended sentence and 200 hours of community service.

Mindtimeshare SLU is registered Company reg number: B35957182 Mindtimeshare provides assistance to timeshare owners who have been defrauded by holiday clubs and bogus resale companies. The Mindtimeshare project was launched in February 2011. After dealing with timeshare members over several years who had been defrauded by numerous bogus companies and for large amounts of money, I considered launching an Organisation to help timeshare owners that have been targeted by bogus companies. On this blog you can find information about the different active scam companies and their “modus operandi” and also place comments, ask questions and see comments from other consumers who have the same doubts or have been through the same experience. Mindtimeshare has resulted in a huge success and has received the back up from not only timeshare consumers but also from the professionals in the timeshare Industry. Mindtimeshare helps timeshare owners who have been scammed by bogus Discount Holiday Clubs; bogus cash back companies; fraudulent timeshare resale companies; bogus class action companies and false lawyers and notaries. We offer professional answers and advice to Timeshare users. If you want to send an email instead of posting a comment on the blog please do so by emailing: customercare@mindtimeshare.com
View all posts by mindtimeshare →
This entry was posted in Bogus resale companies, fraud, Legal Services, Mediation services, Warnings and tagged Alan Sharp, Brian Carr, Court case in Timeshare, Court sentence, Dawn Gingell, fraud, James Barrass, Police arrests, resale scam, timeshare, Timeshare scam. Bookmark the permalink.

7 Responses to Breaking news! Timeshare fraudsters sentenced to more than 20 years in prison.