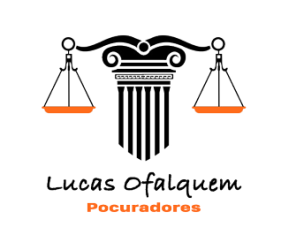 Another name to remember. A new fake procurator has been detected as part of the fake and fraudulent lawyers set up in Tenerife, and the name is Lucas Ofalquem Procuradores.

Mr. Lucas Ofalquem has a wealth of experience as per the newly set up website https://lucas-ofalquem.com

20 years to be exact, which seems rather strange as the web has been registered recently and there seems to be no record at all about a procurator called Lucas Ofalquem.

This fake procurator is presented to the consumer after being dealing with companies such as Litigalo, Litigala or Abogados Litigacion all part of the same set up.

After an initial cold call by the above mentioned companies, the consumer is assured he will be taking part in a court claim on a no win no fee basis.

But soon the story changes, and after around 10 days / 2 weeks, all of the sudden the case seems to have gone through the courts.

A large amount of money has been awarded to the consumer and in order to get this transferred, the consumer needs to pay procurator fees.

The consumer receives a (fake) copy of a court ruling, an endless letter explaining how great this company is and who wonderful, full of fake names and registration numbers, and most important the document with the bank details of Lucas Ofalquem Procuradores.

As usual with this set up they haven’t bothered to get Mr. Lucas Ofalquem a telephone number as in reality he is just the account holder receiving the money.

DO NOT PAY ANY OF THESE PROCURATORS!!!

If you already received the bank details of Lucas Ofalquem Procuradores, please let us know!

You can CONTACT US through the form or by sending us an email to customercare@mindtimeshare.com

Mindtimeshare SLU is registered Company reg number: B35957182 Mindtimeshare provides assistance to timeshare owners who have been defrauded by holiday clubs and bogus resale companies. The Mindtimeshare project was launched in February 2011. After dealing with timeshare members over several years who had been defrauded by numerous bogus companies and for large amounts of money, I considered launching an Organisation to help timeshare owners that have been targeted by bogus companies. On this blog you can find information about the different active scam companies and their “modus operandi” and also place comments, ask questions and see comments from other consumers who have the same doubts or have been through the same experience. Mindtimeshare has resulted in a huge success and has received the back up from not only timeshare consumers but also from the professionals in the timeshare Industry. Mindtimeshare helps timeshare owners who have been scammed by bogus Discount Holiday Clubs; bogus cash back companies; fraudulent timeshare resale companies; bogus class action companies and false lawyers and notaries. We offer professional answers and advice to Timeshare users. If you want to send an email instead of posting a comment on the blog please do so by emailing: customercare@mindtimeshare.com
View all posts by mindtimeshare →
This entry was posted in Canary Islands, Fake lawyers Tenerife, Fake Lawyers Tenerife, fraud, Legal Services, Mediation services, Tenerife, Warnings and tagged Abogados Litigacion, Abogados Litigacion España, Cold Calls, Fake court claims, Fake lawyers Tenerife, Fake Procurator, fraud, LitigaLa Grupo LO S.A, Litigalo, Lucas Ofalquem Procuradores, Scam, St Cruz Court, Tenerife. Bookmark the permalink.