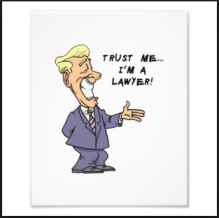 A new dubious company has been brought to our attention called ABC Solicitors.

This company contacts timeshare owners out of the blue and notify them that there has been a “group claim” in the Malaga Supreme Court.

The strangest part of the story is that this claim was also on behalf of the consumer who apparently had no idea they were included.

So now ABC Solicitors is informing the consumer that an overseas payment has been issued from the Malaga Courthouse to the consumer.

How amazing is that?

The person contacting the consumer from ABC Solicitors is called Sarah Bean and she sends the consumer an informative email about this Group Claim from an email address sarahbean862@gmail.com

As per the header of the letter attached to the email, ABC Solicitors is based in London but on the said address no company by this name has been found.

There is no website created though and the domain name was only purchased at the beginning of July 2019 for 1 year. So looks like they are not planning to keep the website for a long time…

In this same letter, they also mention all the court claims done by different companies on behalf of consumers against their resorts.

There is not really any indication this has anything to do with the group claim ABC Solicitors is handling, but probably it looked good in the eyes of these fake solicitors.

Susan Marshall the admin of ABC Solicitors signs the letter.

Consumers are informed that a lawyer will soon be in contact with them about the transfer of the money.

Please note that there are no group claims in Spain where consumers are included without even knowing this.

Money doesn’t get awarded to people out of the blue and Courthouses do not use the services of lawyers companies that are not registered at the company’s house and use Gmail accounts.

Always go by the golden rule of “if it sounds too good to be true….”

If Sarah Bean from ABC Solicitors has been on the phone already, please do let us know.

Mindtimeshare SLU is registered Company reg number: B35957182 Mindtimeshare provides assistance to timeshare owners who have been defrauded by holiday clubs and bogus resale companies. The Mindtimeshare project was launched in February 2011. After dealing with timeshare members over several years who had been defrauded by numerous bogus companies and for large amounts of money, I considered launching an Organisation to help timeshare owners that have been targeted by bogus companies. On this blog you can find information about the different active scam companies and their “modus operandi” and also place comments, ask questions and see comments from other consumers who have the same doubts or have been through the same experience. Mindtimeshare has resulted in a huge success and has received the back up from not only timeshare consumers but also from the professionals in the timeshare Industry. Mindtimeshare helps timeshare owners who have been scammed by bogus Discount Holiday Clubs; bogus cash back companies; fraudulent timeshare resale companies; bogus class action companies and false lawyers and notaries. We offer professional answers and advice to Timeshare users. If you want to send an email instead of posting a comment on the blog please do so by emailing: customercare@mindtimeshare.com
View all posts by mindtimeshare →
This entry was posted in Costa del Sol, fraud, Legal Services, Mediation services, Warnings and tagged ABC Solicitors, Cold call, Fake Lawyers, fraud, London, Malaga Courts, Malaga Supreme Court, Sarah Bean, Scam, Spanish group claims, Susan Marshall. Bookmark the permalink.